We are in this together. 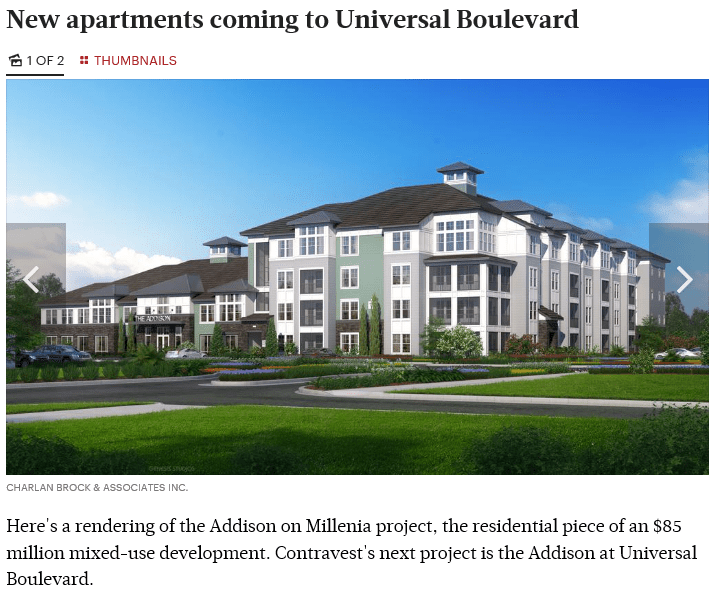 A new apartment complex is getting closer to breaking ground on Universal Boulevard.

Altamonte Springs-based ContraVest Development Partners LLC’s related entity, Northington Orlando Investors Inc., on Feb. 21 spent $7.1 million on two parcels north of the intersection of Universal Boulevard and Destination Parkway from Atlanta-based Orlando Equity Partners LLC. The land appears to be for the development of Contravest’s next new apartment complex, The Addison at Universal Boulevard. ContraVest applied for a permit on Feb. 17 to build a multifamily development on the site.

Here’s a rendering of the Addison on Millenia project, the residential piece of an $85 million mixed-use development. Contravest’s next project is the Addison at Universal Boulevard. 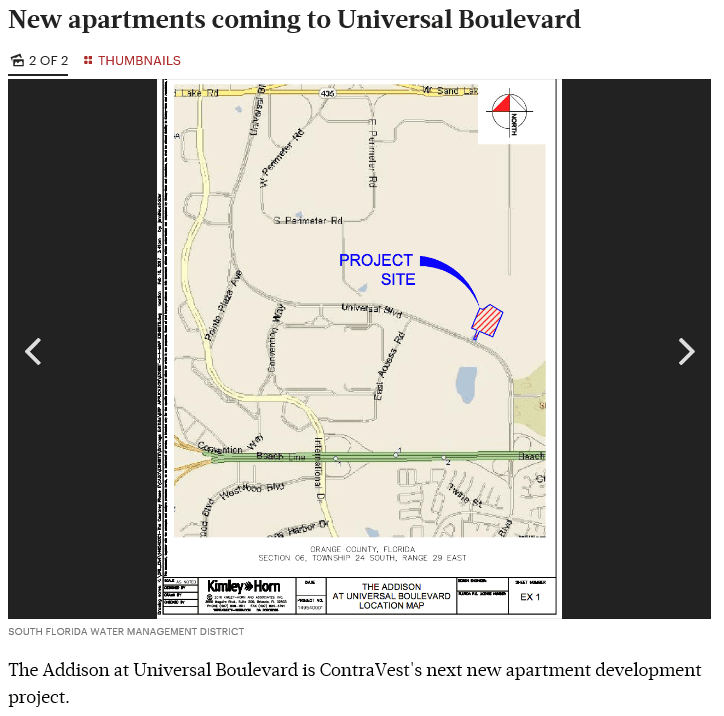 The 12.17-acre complex is the second phase of the $32.1 million, 344,322-square-foot The Courtney at Universal Boulevard Apartments, as previously reported by Orlando Business Journal. Altamonte Springs-based ContraVest Development Partners LLC’s Central Florida apartment development portfolio also includes The Addison on Millenia now under construction, The Addison at Windermere now under construction and The Addison at Clermont.

The Addison on Millenia features 292 one-, two- and three-bedroom units ranging from 780 to 1,141 square feet, as previously reported by OBJ.

So close to it all!

Please note, this site is optimized for modern browsers. Please update to the latest version of Chrome, Firefox, Microsoft Edge, or Safari.
Skip to content